Talking about the future of RFID and the IOT

What we can foresee is that the development relationship between RFID and the Internet of Things will remain close for a long time to come.

With the continuous improvement of the level of digitalization in all walks of life, UHF RFID has become a major development trend in the industry. At the same time, with the continuous
improvement of China’s international status, more and more domestic RFID companies are expanding their business overseas. At the same time, domestic manufacturers are also actively
increasing production capacity to more quickly grasp opportunities for market growth. 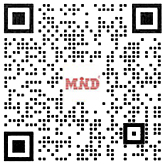